Japan is not the country of "green tea only". You may know black tea known as Wakocha and Oolong tea have also been seen recently.

Other than that, several kinds of fermented dark teas, in other words, Japanese Pu'er tea (known as Goishicha, Ishizuchi-kurocha, Awa-bancha etc.),  have been produced in some local areas. They are not new, they've been produced as local teas since olden times. The quantity is very small respectively and the teas are not that well-known. Also distinctive flavors that the teas have don't attract many. In addition, the process requires a great deal of labor and times, and the number of the farmers has been decreasing. For those reasons, I seldom see those teas in the market.

The other day, I happened to find "Ishizuchi-kurocha cookies", I couldn't find the tea itself there though. I suppose  the black stuff in the cookies should be the leaves, but unfortunately they don't have any flavor of the tea.

Whenever I come across interesting tea, I feel lucky. The one I found wasn't tea itself and couldn't find the tea-flavor in them, but still it was my day.

My mother is a dyer. Especially she does tie-dyeing, and ties again, again and again……unbelievably A LOT.

She uses chemical dye for Kimono. 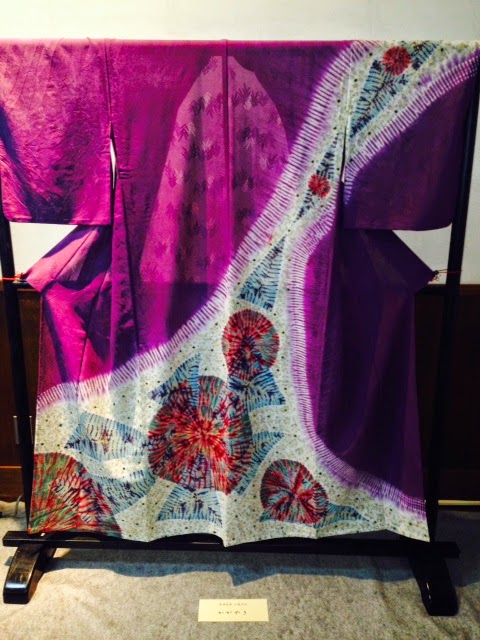 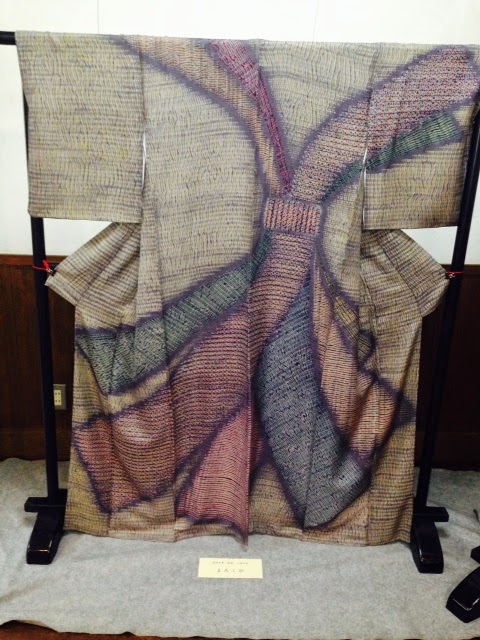 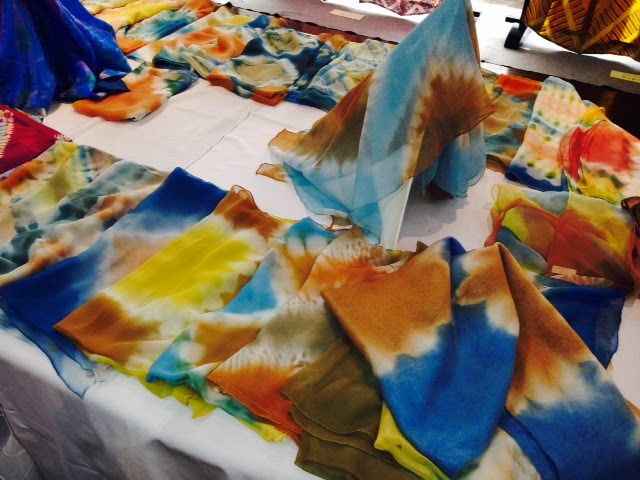 This is one of her works, which is dyed with "Green tea", camellia and dandelion. Yes, tea can be a good dye. As a tea-lover, I should keep it. I would love to. And this is mine now.

Do you know what is “tencha”? It is ground with a stone mill into powdered tea. This is what we call “matcha”. So we could say that tencha is “an origin” of matcha.

Recently, the production of tencha has been increasing rapidly in Japan. It's been doubled in the last decade. This is not because that we drink more matcha or enjoy Sado (traditional Japanese tea ceremony). It is because the matcha-flavored sweets and foods are getting so popular here and there, maybe in your country too. Chocolate, cake, cookie, ice cream, pan cake, noodles………We see a lots of lots of matcha-flavored stuff.

Due to this situation, even one of the most famous sencha producing areas in Kyoto has changed their ways. I heard that more tea farmers produce “tencha for processing” than sencha.

In general, people less drink tea, but more eat tea-flavored food. Don't get me wrong. I like matcha-flavored snacks and foods. I just wonder since when tea has come to be “a thing to eat”……..

An annual Wakocha summit is going to be held in Kanazawa city, Ishikawa prefecture at the beginning of November. This summit started in 2002 in order to improve the quality and promote Wakocha. It will be the 13th event this year.

I hate to say this, but it was hard to find good quality of Wakocha before, but not now. Thanks to tea-farmers and tea-related people’s passions and efforts, good-quality teas are seen more, which is great.

Kanazawa is a historical and beautiful city with a lot to see and eat. Other than this event, it is worth visiting and I am sure you will love it. If you happen to be in Japan, why don’t you come and enjoy Wakocha and the city?

*As for the past events, please check my old posts below:
2012 http://japaneseteastory.blogspot.jp/2012/11/past-present-and-future-japanese-black.html