I've posted about the day of black tea known as “Kocha-no-hi” before. Unfortunately, this is not that popular as much as Halloween and Christmas…maybe far from them….But those who know it, know it very very well. Let me write about the day again just to remind you.

The day is set by Japan Tea Association in 1983 to boost the consumption of the tea.

It’s November 1st, which was considered the very first day when Japanese ever had “black tea”. The person was a castaway, named Daikokuya Kōdayū. In 1783, his ship drifted on the way to Japan, but managed to escape to the Russian mainland. People there saved his life and he stayed for a while.He was received in audience by Catherine the Great and obtained permission to return to his country. Finally, he could come home.
He was lucky enough to get the permission, but also invited to her tea party on November 1st, having a cup of tea. This is why the day was chosen as “the day of black tea” in Japan.

I assume he must have been too nervous to appreciate his, and Japanese “first cup of tea”.

Japanese autumn has several nicknames such as “sports autumn”, “reading autumn” and “appetite autumn”. It is because the season is not too hot and not too cold. ‘Goldilocks’ to do sports. The night is getting longer. People spend more time at home, which allow them to read more. Also it’s the harvest season including our staple food, rice. Other than that, we enjoy lots of food in season such as sweet potato, chestnuts, squash and mushroom to name but a few.

I love to eat food using those products while drinking tea. Don’t you? What about drinking tea used those ingredients?

The other day, I found “sweet potato, chestnut and squash flavored tea” at a tea shop. Unfortunately, as I'm not 'a those kind of infusion person', I didn't get it. But I know some enjoy it and feel autumn. Can we call it "autumnal tea"???  Maybe....maybe not. Ha, ha. 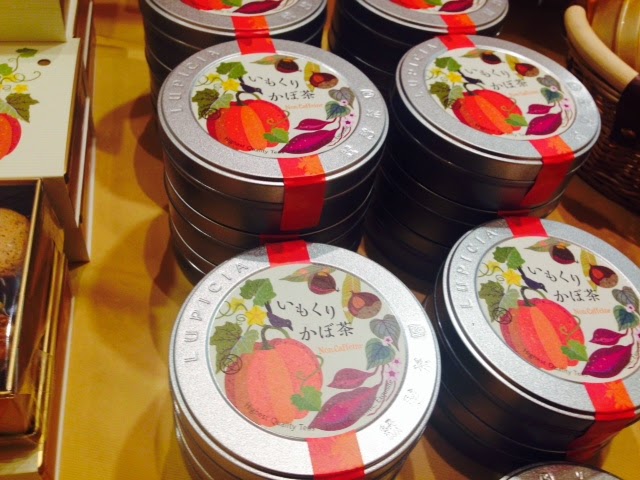 I posted about the event last year. Let me say this once again.

The British Fair is held at a well-known department store in Osaka at this time of every year. Tens of thousands of Anglophiles flooded during the fair. Especially, tea and scones captivate so many people every year. And it is no exception this year, either. Yes, no exception… Maybe you can see it from the picture. 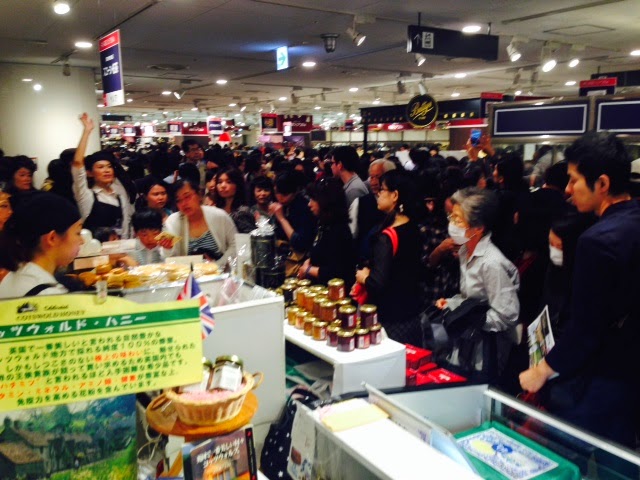 People queued up for three hours to get a popular tearoom Bettys tea, for one and half hours to get fish and chips, and for hours to eat cream tea served by Davenports Tea room. Long long queues were everywhere. Unfortunately, I’m not patient, so I gave up joining in such a long queue, but luckily I was able to have “English Breakfast” without waiting long.(served by Eckington Manor, Worcestershire). Baked beans, sausages, scrambled eggs, and mushroom…..Baked beans are not popular in Japan. The taste of English sausages are different from that of Japanese ones. So I was happy to have the dish for the first time in a long time. That reminded me of my staying at London many many years ago.

I gave in to such a crowd and didn't stay at the venue that long. Even so I felt "the sense of British" enough, which made me very happy. 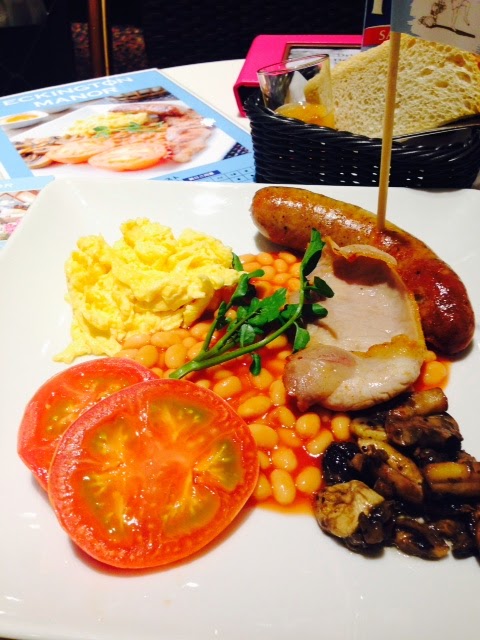 Have you been to Kanazawa city, Ishikawa prefecture? Don't you have any plan to visit there at the beginning of November?

As I posted earlier, the annual two-days Wakocha (Japanese black tea) event will be held on both 1st and 2nd of November.

It will be a perfect opportunity for you to explore Japanese black tea. Steep Wakocha and steep yourself in Wakocha!

* My earlier post about the event
http://japaneseteastory.blogspot.jp/2014/09/lets-get-teagather.html
Posted by tomo
Email ThisBlogThis!Share to TwitterShare to FacebookShare to Pinterest

Look at the little cute Kyusu in the picture. Compared with a teaspoon, you can see how it is small. 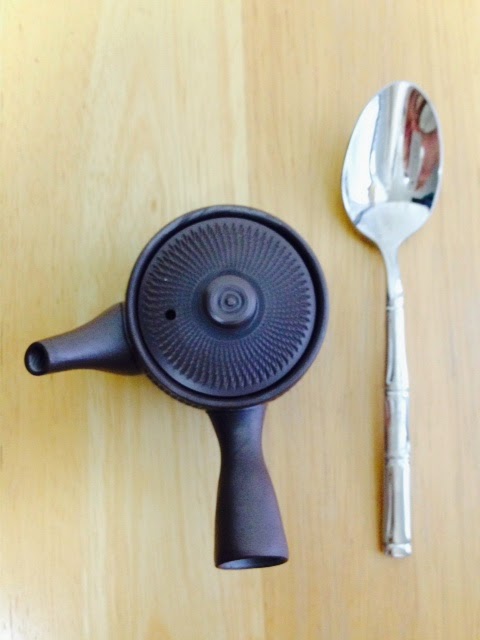 It’s tiny, but has a decent strainer inside. This is handmade. How on earth did a potter make it, even tiny starainer?? Increadible! I made Sencha with it. It worked!! 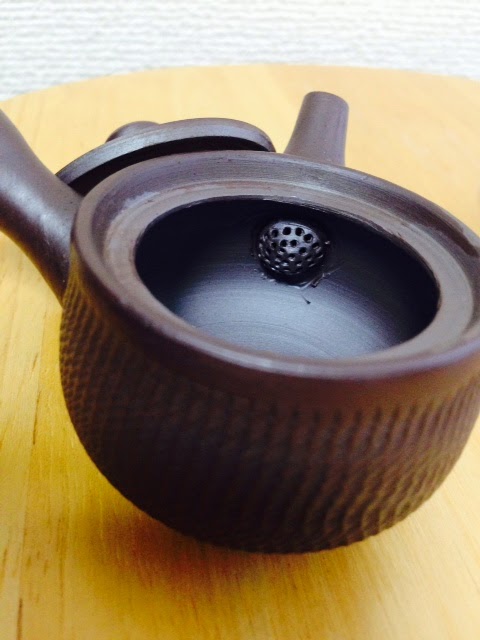