I joined a seminar titled “The Charm of Japanese tea” lectured by Mr Oscar Brekell, a Swedish certified "Japanese Tea Instructor" in Japan. Actually, this certificate itself is not easy even for Japanese to pass. In the first place, he must’ve had a really hard time to learn Japanese, not just a spoken Japanese. This exam is done only by Japanese and has so many lingoes written in Japanese including Kanji characters, which is sometime hard to read even for Japanese.

Anyway, during the seminar, he explained what makes Japanese tea “Japanese tea” while introducing us three different kinds of varietal teas, which are the cultivars of “Shizu 7132”, “Zairai” and “Koshun”. To me as a tea-lover, their tastes are familiar, but they are not for most of participants who are not really into tea. Usually, people don’t know the Japanese tea has so many different kinds of cultivars.

Cold-brewed “Shizu7132” and “Koshun”, both of which have a distinctive aroma, are served with wine glass, which made the people surprised.

"Shizu 7132" has Sakura-ish aroma. It reminds us of Japanese spring. 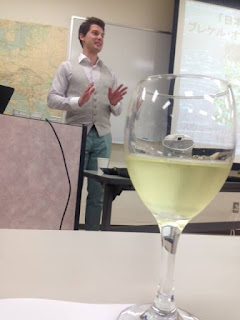 "Zairai" (wild tea ) with a sweets. Wild but the scent of the mountain. 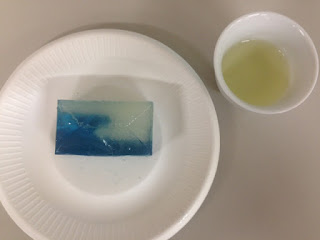 "Koshun" has a herby and floral fragrant, and a long finish. 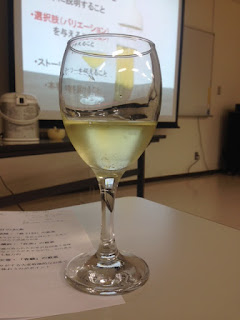 In Japan, the blended tea is mainstream, and the trend of “single estate, single cultivar” tea style is still new. But these single origin teas make the Japanese tea world more attractive. Mr Brekell said, “Now is the best and the most interesting time for consumers to try tea.” I agree.

Besides him, I’ve seen other non-Japanese tea people who works for the Japanese tea industry, and they have been working on spreading Japanese tea not only abroad but home.

Unfortunately, green tea means bottled one for many Japanese now. Many of them are forgetting what is the tea for them. Thanks to the people who love the tea and came all the way from overseas to Japan for the tea,  Japanese are re-discovering the charm of the tea they used to cherish more.

at July 31, 2017
Email ThisBlogThis!Share to TwitterShare to FacebookShare to Pinterest

Recently, a tea friend of mine often gives me shiso leaves, or Japanese perilla (a kind of Japanese herb), he grows at home. The herbs are always big and have a very shiso-ish aroma, which is great.

Since he brings relatively a lot for one time, I always wondered why they grow so quickly, and asked him. He said that his shiso in A pot especially grow very quickly.

Over our chatting, he found out one possible key. During last winter, he often put used tea leaves, usually black, to soil in the pot after drinking morning tea. In other word, he composted used tea leaves. He said that that’s the only difference from other pots. There is no scientific grounds, but it is highly likely that the used tea leaves help shiso grow that well. I was surprised to hear that, but good to know even the plants like tea! :-) .

I haven’t done that before, but why not? I always have a pile of used tea leaves. I will compost used tea leaves this winter to see how my plants will grow next spring. 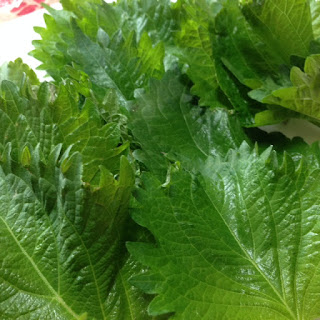 at July 13, 2017
Email ThisBlogThis!Share to TwitterShare to FacebookShare to Pinterest 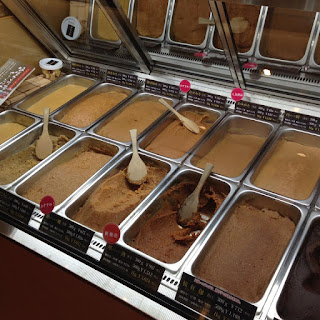 Miso is one of the traditional Japanese seasoning made from fermented soybeans. Since its health benefits are being more discovered, it has attracted more people in the world.

Miso is indispensable to "washoku" (Japanese traditional food) , and especially known as an ingredient for miso soup. Recently, I found out a new way of using the seasoning at a miso shop in Osaka. They serve miso sweets, which is unusual. 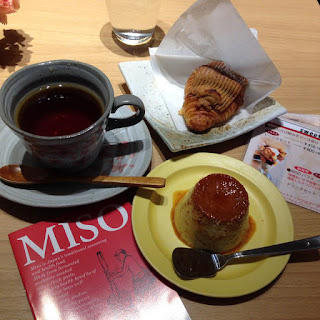 First, custard pudding.
It doesn't taste miso very much, but I can taste a little bit of flavor of miso, which is good. 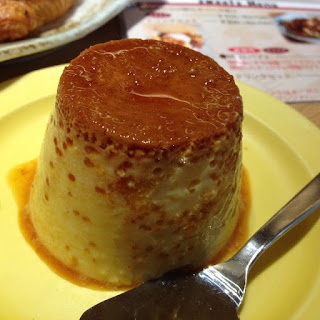 A croissant with miso paste on the top. 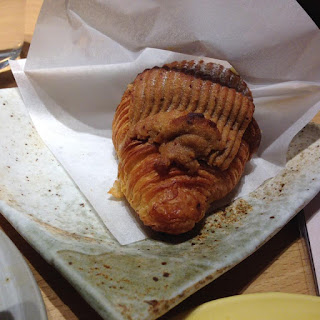 Custard cream is in it. Sweetness of the cream and saltiness of miso are well balanced. 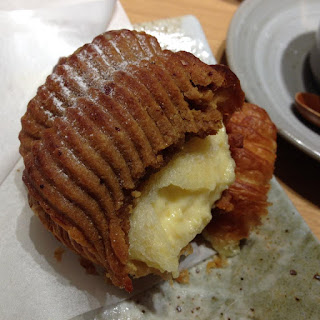 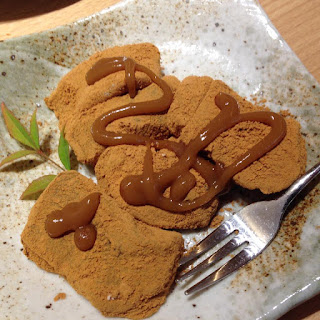 Other than those, you can try some other sweets including a miso parfait, miso pound cake etc. 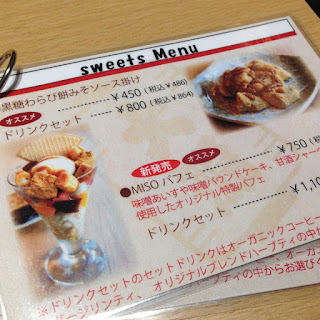 Like Japanese tea green tea, the consumption of this traditional seasoning has been declining due to the diversification of our diet. In order to get a new lease of life, Miso seems to be evolving in line with the times.

at July 09, 2017
Email ThisBlogThis!Share to TwitterShare to FacebookShare to Pinterest

“Washoku”, Japanese cuisine, already attracts a lot of people in the world.

Toward 2020 Tokyo Olympic, this trend will grow stronger, and people both visitors and athletes will enjoy Japanese food at the world game.

According to the organizers of the 2020 Olympics and Paralympics, the food items provided for the athletes’ village require a special certificate known as GAP (Good Agriculture Practice).

However, only less than one percent of the Japanese farmers hold the certificate. Some of the reasons for such a low percentage are high cost and low awareness.

Farmers who want to obtain the certificate have to pay nearly about one million yen, plus about 100,000 to 400,000 yen per year for a screening and more. That’s a lot for Japanese farmers, which is mainly run by family or on a small scale. Also, the awareness about GAP is low among people in Japan. Customers would not accept a price rise for farmers to get this certificate, which could discourage farmers from trying to apply this certificate.

Japan has a lot of great farm produces including tea. At the game, people will be able to taste those food outside of the athletes’ villages, but not there. Athletes also want to try Japanese food with Japanese agricultural produces. and the Game will be a good chance to showcase our food and drink.

The Japanese government is going to take measures to encourage farmers to get this certificate including grant a subsidy to farmers since GAP seems to be a big key for Japan to export domestic farm produces to the world even after the Olympics.

We have three years to the Game. It seems that we have a lot on our plate. 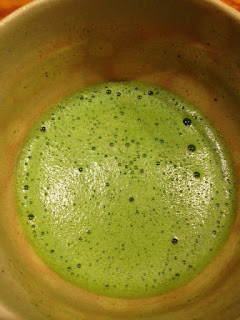 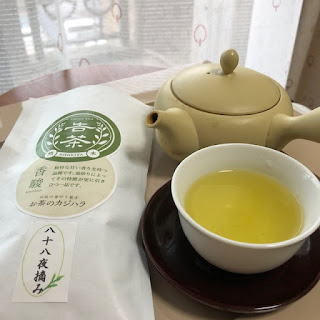