An annual wakocha (Japanese black tea) event, what they say “the Domestic Tea Summit”, was held in Shimoda city facing the Pacific Ocean. It is also known as the place where Commodore Matthew Perry arrived to negotiate Japan to open to American trade and the Japan-US Shimoda Treaty was signed in 1857. What a historical place!

At the sampling site of the summit, which was open to people in general, we tasted about 20 different kinds of the tea gathered from all over the country. 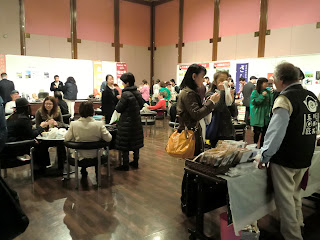 The special event, highlighted the city of the sea, was “afternoon tea on board”. While looking at the beautiful ocean on the sightseeing boat, they enjoyed a tea seminar and afternoon tea. Sounds lovely, doesn’t it? 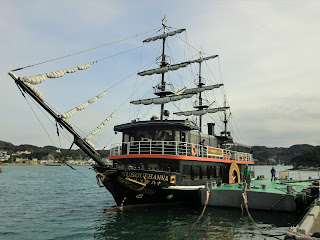 Before, only tea-related people and tea-enthusiasts came to this event, but not anymore. The tea is finding favor with people in general, which is a good sign.

Actually, what made me excited the most was an evening gathering for people involved. I chatted with the distinguished tea people from various fields including the executive of a tea company, prominent tea experts and shop owners and tea farmers. Of course, they have their own views on the problems, the future of the tea and so on. While chatting with them, I felt that a turning point in wakocha is getting near. I am not sure what it is, but I just felt that.

I know wakocha still has a long way to go, but to look at it from a different angle, it means that the tea has great potential. I trust in it. 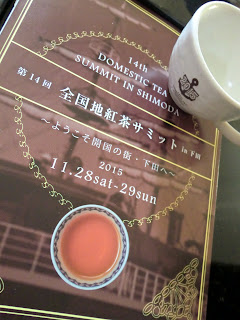