An annual Japanese black tea event was held in Nara on December 4 and 5. 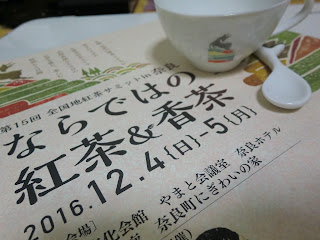 Around 40 tea farmers not only from Nara but from throughout Japan set up their tea booths so that the attendees could taste the teas and buy them if they like. In order just to get the ticket for tasting, "a lot of" people were in a long long line. 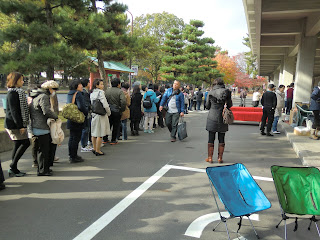 "A lot of" people were flocked to sample the tea while chatting with the farmers. 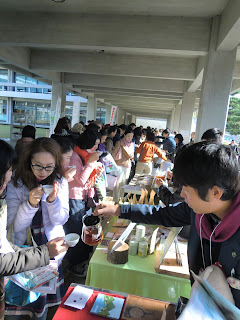 Other than tea tasting, some lectures and a symposium were held. They were not just for fun, they were more serious ones, but "a lot of" people came to listen. 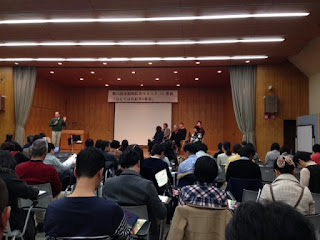 I have attended this summit several time before, but I had never seen such a crowded scene.

This year, several mass media covered Wakocha, and some big beverages companies put bottled Wakocha on market and more. Thanks to those, the tea has gained recognition much much more. I could feel and see it from the scenes of the crowd.

Japan used to produce black tea after the opening of Japan to the West around mid of 19th century. It was to earn foreign currency. However, due to the poor quality and poor price competitiveness, the production of then black tea was almost died out once. But people who tried to revive their tea business in their local areas, they started to put new life into the black tea, which have been getting popular. Now, there are more than 600 different kinds of black teas in Japan.

In the 19th century, the government was leading the black tea industry. Now, the people in the local areas have been leading. Unlike the first black tea boom which people was forced to produce to export, now they produce the tea so that, originally and mainly, the local people enjoy with their local food while living in harmony with their nature including soil, water and weather etc.

Attendees must have felt the nature power of  the producing-areas where the tea is grown and processed while drinking it.