At a tea shop called “CHASHITSU” in Osaka, I ordered this: “hojicha coffee jelly tea”. Is this hojicha? coffee?? 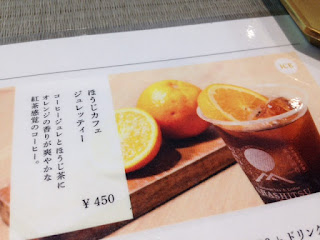 According the shop, "this drink has coffee jelly, coffee essence and a slice of orange IN hojicha. You can enjoy the coffee as if you do tea."
That made me more confused…..but I shouldn’t complain it until I try….so I did. 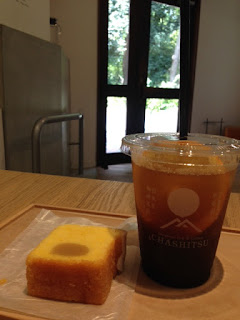 The shop has relatively ”conventional” drink too, but also soda of blending of hojicha and coffee with some grapefruit, coffee with thick Matcha cream on, coffee mixed with hojicha.... and so on. 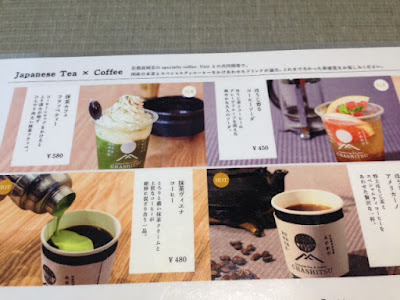 I prefer tea as tea, but it's interesting to try something else once in a while. I should remember that tea can be anything. And I should be more flexible without being held back by fixed ideas.:-)