I was fortunate to join a tea tasting hosted by Tyas Sōsen, a Belgian Japanese tea master. We tasted varietal matcha and tencha, the ingredient of matcha, both of which are produced from four different kinds of cultivars: Asahi, Ujihikari, Saemidori and Samidori.

Usually, you won't find tencha leaves at tea shops. Varietal matcha powder are not available either.  So it was a really lucky occasion.

First, he showed us Asahi tencha leaves, the matcha powder, then brewed the tencha and prepared the matcha for us to taste. Then, Ujihikari, Samidori and Saemidori..... It might be difficult for you to distinguish from the photos, but let me tell you how they were.

ASAHI (the cultivar made from Uji native)
After checking Asahi tencha leaves and the matcha powder, we tasted the tencha. It was really pale. It tasted delicate and mild, but more decent body than I expected. Sooo relaxing.
Then, tasted matcha.  Looked so creamy. It tasted also creamy, delicate and mild. Really fluffy, and again, relaxing! The mildness remained at the back of my tongue for a while. What a nice long finish! I love it!


UJI HIKARI (the cultivar made from Uji native)
Ujihikari turn. Looked a bit darker than Asahi. It was refreshing. The taste of both tencha and matcha hit the tip of my tongue right after I drank. 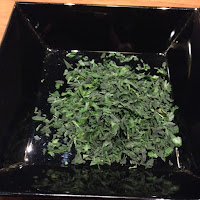 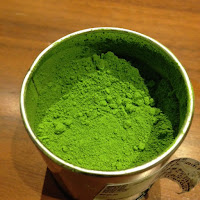 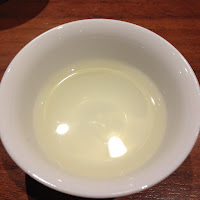 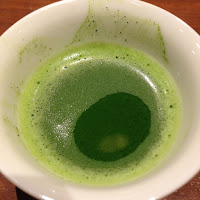 SAEMIDORI (the cultivar made from Yabukita and Asatsuyu)
Last two cultivars (asahi and ujihikari), I could tell the connection between tencha and matcha. I mean the tencha and the matcha had a similar nuance. As for Saemidori, I felt that the taste of tencha and matcha were different. The tencha, it was so simple. I could say a bit boring. When Saemidori cultivar became matcha, it had a little bit of smokiness, and a good balance between Umami and bitterness.. The taste hit the tip of my tongue soon after I tasted and disappear once. Then it came back again at the back of my tongue. Interesting. 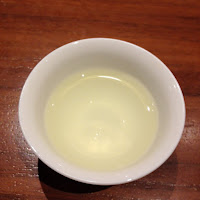 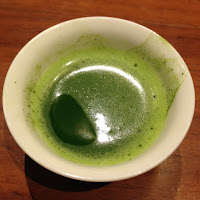 SAMIDORI (the cultivar made from Uji native)
I heard that more than half of matcha produced in Uji are made from Samidori cultivar.
The color of the leaves was the darkest. The taste wise, the strongest too. One of the guests said this tasted very “manly”. I agree. Very punchy. It's a good one for wake-me-up. 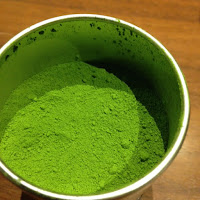 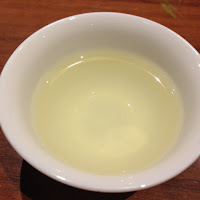 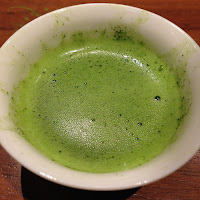 I knew the taste is different from cultivar and cultivar, but it was really fun and interesting to taste different cultivar's tencha and matcha. Even in Japan. matcha is getting more one of the ingredients for sweets and "fancy" drink than traditional matcha drink. Once people can see there are so many different cultivars and each one has different character, I believe that they will show more interest.

On that day, Mr Furukawa, a tea farmer also joined the gathering. All the tea we had were his. It was also a wonderful opportunity for us to talk directly with the farmer. Thank you.