October 31st is one of the two "Japanese (green) tea day" known as "Nihoncha-no-Hi". This is based on this story; A Japanese Buddhist priest, Yosai (also known as Eisai ), brought back some tea seeds to Japan from China on October 31, 1191.

The other "Nihoncha-no-Hi" is October 1st. This is to commemorate the Grand Kitano Tea Ceremony at the Kitano Tenmangu Shrine in Kyoto,hosted by Toyotomi Hideyoshi, a preeminent feudal lord, on October 1, 1587.

As for today, Halloween is much bigger in Japan....but anyway, happy "Nihoncha" day! 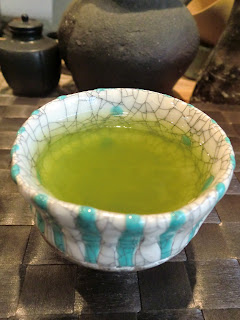 Followed by Japanese green tea day, November 1st is black tea day known as “Kocha-no-hi” set by Japan (Black) Tea Association in 1983 to boost the consumption of the tea.
It is because that November 1st  is “considered” the very first day when Japanese ever had “black tea”. In 1783, the ship, which a Japanese guy named Daikokuya Kodayu was on, drifted on the way to Japan, but managed to reach the Russian mainland. People there kindly saved his life and he stayed for a while. Fortunately, he was granted an audience with Catherine the Great and obtained permission to return to his country, and even invited to her tea party on November 1st. This is why the day was chosen as “black tea day” in Japan.
Whether the story is true or not, happy "kocha (black tea)" day too! 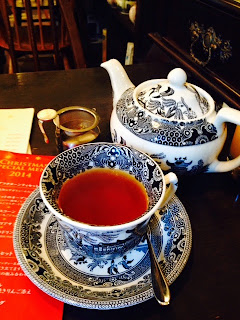