Time to Gargle with Tea

December 06, 2012
It’s getting chilly in Japan. We have to take preventive measures against cold and flu. In that case, tea does help.

Japanese green tea is said to have a lot of catechin, which has the effect of killing bacteria. Some schools especially at the tea-production areas encourage their students to gargle with tea during winter. Between classes, after PE class, before school lunch…..the all students gurgle with tea. According to those schools, fewer students catch a cold since they have introduced this system. 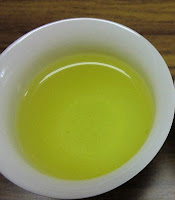 Coarse tea has more catechin than high-quality tea. Even tasteless tea made from used tea leaves has enough catechin to work for killing bacteria. Tea is not only for drinking, is it?

Popular posts from this blog

January 04, 2014
Have you seen a tea stalk floating vertically in your teacup when you have Japanese green tea? When you see it, you will have a good day. Because it is believed to be a lucky sign.

The origin of this expression is unknown, but some say it is because that the situation is rare. Others say that a pillar for chabashira can be considered the central pillar of a house. We liken a chabashira floating vertically to a house pillar standing vertically, considering it is good.

Whatever the reasons, when you find a chabashira, be happy!

Kombucha - in English vs in Japanese -

September 15, 2015
Have you tried kombucha before? I suppose kombucha you may know could be “fermented tea”, but for Japanese, it’s not. It’s a drink made from powdered kelp called kombu.

What you call kombucha was popular when I was a kid as “kocha-kinoko”, literally means “black tea mushroom”. Sounds weird, doesn’t it? It was not appetizing AT ALL to me, as a little girl. Due to such a weird name, I remember its existence, but I was too scared to try back then.
Recently, I found a canned kombucha made in the US. I am already grown up enough to try, and I did. I did green tea and lemon flavored one. Unfortunately I didn’t taste any green tea, but as a drink it was good. Much better than I expected.
BTW, Japanese kombucha is also good to drink and to season foods. When you have a chance, give it a try!

<History>  It is not known exactly how or where kombucha originated from.The drink was consumed in east Russia at least as early as 1900, and from there entered Europe.
<Etymo…
Read more