"World Tea Festival" had been held from May16 thorough 20 at Hankyu Department Store, Umeda in Osaka. 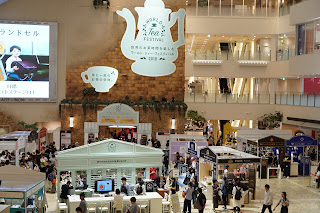 It was the third time, and getting bigger special event year by year.
So many tea companies got together at once, and the site was PACKED with people. 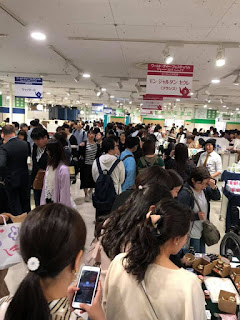 In Japan, coffee is bigger than tea, so I wonder if people gather for tea. Surprisingly, they did.
There were so many tea-ish stuff and infusion and also "dessert-tea" like cheese tea, and bubble tea. They were popular, which I expected. But other than that, people seemed to be very interested in authentic tea too, which is great. 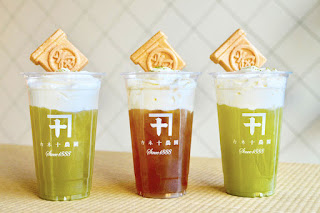 During the event, lots of workshops were held too.  I attended a workshop done by Simon from Amba estate in Sri Lanka. 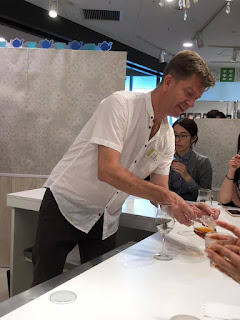 Tea seems to be all the rage, but on the other hand, I know many tea farmers in Japan have been struggling their tea business too. Hope this kind of events are the good chance for more people to come to know more about tea and to brew tea themselves.
Posted by tomo
Email ThisBlogThis!Share to TwitterShare to FacebookShare to Pinterest
Newer Post Older Post Home