A Ray of Hope

Ten days have passed since the massive disaster hit Japan.
Yesterday, we receive good news. An 80-year-old woman and her 16-year-old grandson were found alive in the rubble of Ishinomaki city. It is a miracle!  A man, who is a son of the 80-year-old woman and father of the boy, said this: “The spirit of ‘Never give up’ occurs a miracle.”
Also, the following message is found in a site called "pray for japan".
Tomorrow, my father will be sent to the Fukushima nuclear plant. He will be retiring from his job in six months, and I was near to tears when I heard that he actually volunteered to go. “What we do now will affect the future of nuclear plants. I have a mission to accomplish” he said. I wouldn’t say that he’s been a dependable father at home, but I’ve never felt this proud of him as I did today. We are all praying for his safe return.
He is one of Fukushima50, who are still fighting against a crisis for the nation. 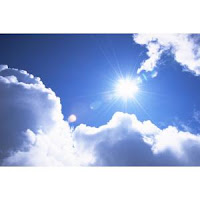 Their unbending spirits and resolute courage give us a ray of hope.
*Fukushima50  http://en.wikipedia.org/wiki/Fukushima_50